Your Are Here → Home → Interviews → 81 WETSUITS: From Tragedy to Creative Triumph

81 WETSUITS: From Tragedy to Creative Triumph 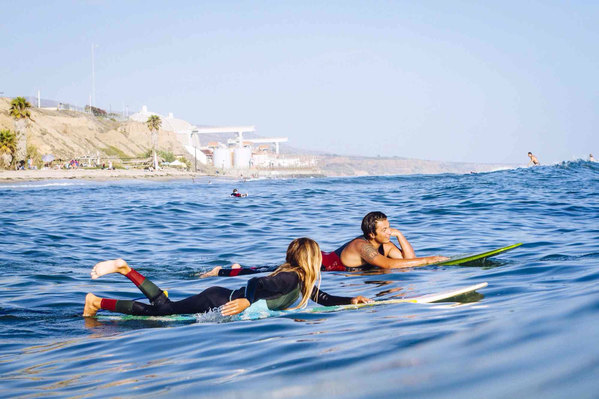 81 Wetsuits. A tribute to the past while pursuing the future. Photo: Stephen Morissette

The triumph can’t be had without the struggle. -Wilma Rudolph

Although tragedy is a painful part of the human experience, oftentimes it can be a sobering jolt which can lead to a new sense of purpose as well as a vision of inspiration. When brother and sister, Joey and Jade Black’s longtime friend Connor Penhall’s life was brought to an untimely end, they were forced into a personal awakening of their own.

Left with the realization that it was time to start following their own dreams and manifest their highest creative potential, it was Penhall’s adventurous approach to his own life that fueled the fire that would become 81 Wetsuits.

81 is a newly-conceived retro-style wetsuit brand based in Southern California. With a visual aesthetic that lends itself to the cleaner more stylish vibes of the past, while pushing forward into the future with cutting edge design and materials, it will be exciting to see where Joey and Jade take their brand in the years to come.

I recently reached out to Joey Black to get the scoop on 81.

When did you start surfing and what are your earliest memories amongst the waves?

So many people surf from various walks of life and surfing tends to mean different things to different people. What does surfing mean to you and how has it enriched your life?

Surfing can indeed mean different things depending on the individual. For my sister and I, surfing is a creative outlet. It is without a doubt a devout love for the ocean, but even more so, it is a way in which we experience creation in its rawest form. Surfing is a resting place, a pure form of fun, it is something that brings us together and has brought immense healing. 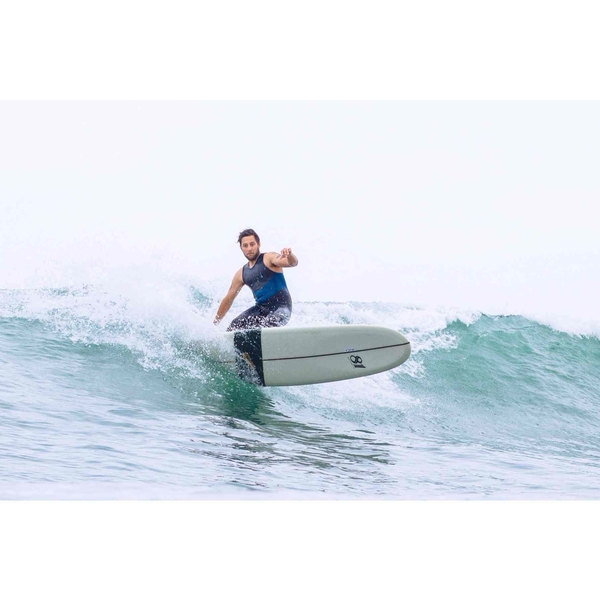 What was the impetus behind starting 81 wetsuits and what is the overall mission of the brand?

My sister and I both are dreamers, born and bred big-time dreamers. My sister has been sketching wetsuits since she was 16 and has always wanted to pursue this vision she had put on the back burner for quite a while. I myself am going to school for design, dig the challenge of wetsuits and am working on expanding 81, moving us into soft goods along with our wetsuits. 81 though is a movement of the heart. Two years ago my best friend, Connor Penhall, was killed by a drunk driver. Connor was a motocross racer, his race number was 81. He was the epitome of an adventurer. Connor’s passing rocked our community. We realized quickly that life in one second can be gone, and if we aren’t pursuing what we were created to do, then what life are we actually living? Our mission is to pursue the creative path set in front of us and by doing so, our hope is to inspire people to do the same. Whatever that tribute to this world looks like, wetsuits, art, music, our mission for 81 is to allow people to step into a new skin with determination to move forward.

For a very long time the surf industry had been dominated by the staple big wetsuit brands. Over the last two decades clothing brands and newer companies got into the wetsuit game, adding more variety at least on the level of brand choice. Where do you see 81 Wetsuits positioned as a brand, and what unique design aspects are you bringing to the surf world?

81 is grassroots. Two kids, one dream, and local support. We are a brand that is found in boutique surf shops. We are no doubt aware that we are up against brands that have been making wetsuits for years. However, we are confident that as the industry is changing, people want grassroots, and 81 is as homegrown as it gets. 81 is indeed inspired by pieces of the past, but we balance modern technology with retro looks. Our wetsuits have classic aesthetics with quality that is hard to come by these days. The industry is bombarded with bold, flashy, printed wetsuits, which are no doubt fun and rad looking, however, there is something timeless about simplicity in a wetsuit, which 81 embodies. 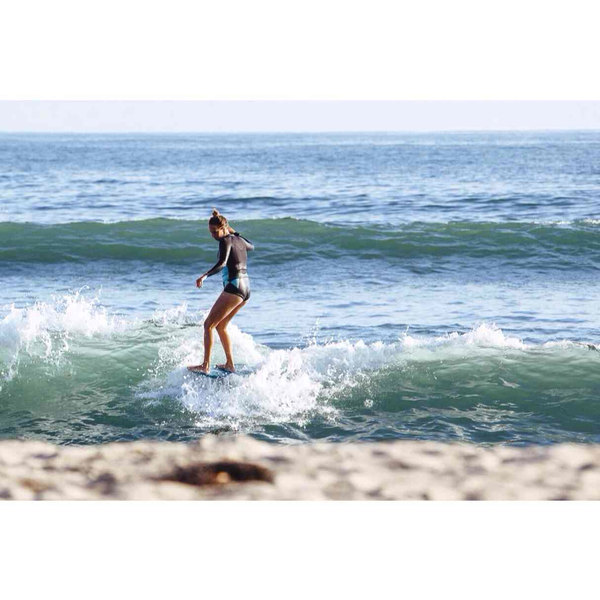 “Little did I know that surfing, and my affinity for all things related, would become the cornerstone on which the rest of my life would be formed.” -81 Ambassador Corina Barnick

There has been a resurgence in the surf world of what people may call “retro” in way of approach and style. What are your thoughts on the retro vibes in surfing, do you think it’s simply a trend or a full circle moment in surfing?

We dig the retro aspect of surfing, but with that said, we are compelled to take our inspiration from the past and combine it with the improved technologies of the present. We believe the retro vibes in surfing will always be present, and think it’s something to be appreciated.

How do you see the line growing for 81?

81 launched with summer suits and is moving into full suits in 3mm thickness and will eventually expand from there. We are working on clothing, graphic tees, hats, etc. If we can nail wetsuits, which is hands down a pretty challenging/incredibly fun thing to do, we believe 81 is capable of some rad apparel and that was actually our plan from the very beginning.

What are your greatest hopes and aspirations for 81 wetsuits? What impact would you like to have on the world of surfing?

We hope 81 is recognized as a movement of the heart and not just the push of a new brand. We hope to succeed, consistently improve, and boldly take risks. We hope that we can provide quality products for our customers and continue to make wetsuits that are bold, stylistic and functional.